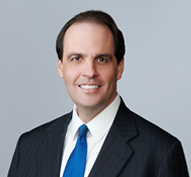 Sanford W. Stark is a partner in the Washington D.C. office of Gibson, Dunn & Crutcher and Co-Chair of the firm’s Global Tax Controversy and Litigation Practice Group.

Mr. Stark counsels on a wide range of complex domestic and international tax issues, including a significant emphasis on cross-border transfer pricing.  He has served as counsel in a number of the largest tax controversy and litigation matters in recent years.  He advises clients in various industries and on all aspects of the tax controversy process, including pre-audit, audit, administrative appeals, Advance Pricing Agreements, and Competent Authority proceedings.  Mr. Stark litigates tax disputes in federal trial and appellate courts, and his transfer pricing experience includes planning and internal restructurings in addition to controversy and litigation.

Mr. Stark has consistently been named one of the nation’s leading tax controversy lawyers by Chambers USA and by World Tax Experts Guide, Tax Controversy Leaders Guide, Guide to World’s Leading Transfer Pricing Advisers, and Washingtonian, among other publications.  Clients describe him as a “brilliant tax attorney” and a “great practitioner whom peers and clients all trust and respect.”  Clients further note that he is “amazing to work with,” possesses “strong business and legal insights,” and “takes the time to understand us and you really feel he is part of your team.  He always does what is right for the client.”

Mr. Stark is a Fellow in the American College of Tax Counsel.  He is an adjunct professor in the Graduate Tax Program of Georgetown University Law Center, where he teaches “Survey of Transfer Pricing.”  He is a co-author of “Transfer Pricing: Litigation Strategy and Tactics,” Bloomberg Tax, Transfer Pricing Portfolio 6932.