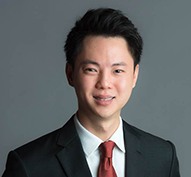 Marcus Tan is Of Counsel in the Singapore office of Gibson, Dunn & Crutcher LLP.  He is a member of the firm’s Mergers & Acquisitions and Capital Markets Practice Groups.

Mr. Tan advises on mergers & acquisitions transactions and has substantial experience advising on public takeovers, delistings and privatizations of companies listed on the Singapore Stock Exchange.  He has also advised clients on joint ventures and corporate restructuring exercises.

Mr. Tan received his LL.B. from King’s College London in 2005.  He is an Advocate and Solicitor of the Supreme Court of Singapore.