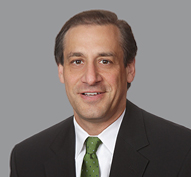 Stephen Weissman, a recent former Deputy Director for the Federal Trade Commission’s Bureau of Competition, is Global Co-Chair of the firm’s Antitrust and Competition Practice Group based in Washington, D.C.  A former top antitrust enforcer and accomplished defense lawyer, Mr. Weissman brings exceptional experience and a practical approach to representing companies in antitrust investigations by the FTC and U.S. Department of Justice and high-stakes antitrust litigations.  He also counsels clients in criminal antitrust investigations.  Chambers USA describes him as “a fantastic lawyer” and a “tour de force.”  Who’s Who Legal – Competition (2022) identifies him as a “super star in the market who works on some of the most challenging” matters.

While serving as FTC Deputy Director from 2013-2015, Mr. Weissman was involved in and supervised all of the agency’s merger and non-merger investigations and litigations, spanning a wide range of industries, including pharmaceuticals and other healthcare segments, digital and high-tech markets, the defense industry, consumer products, energy, and chemicals.  Mr. Weissman served as lead trial counsel in the FTC’s successful challenge to the $3.5 Billion acquisition by Sysco Corp. of U.S. Foods, Inc., a matter widely considered to be the most important merger litigation in a decade.

Before joining Gibson Dunn, Mr. Weissman co-chaired the Antitrust and Competition practice at another global law firm, where he served as one of the lead lawyers in a number of headline and high-stakes antitrust cases.  In 2016, National Law Journal named Mr. Weissman an “Antitrust Trailblazer” and Global Competition Review named him as a finalist for both its “Lawyer of the Year” and “Litigator of the Year” awards.

He has tried a number of cases including both bench and jury trials, argued appeals in multiple U.S. Courts of Appeal, and litigated claims under the Sherman Act, Clayton Act, and Robinson-Patman Act, as well as breach of contract and business tort claims.