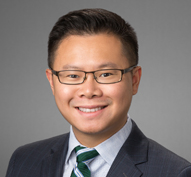 Nathan N. Zhang is an associate in the Oil and Gas, Mergers and Acquisitions, and Private Equity practice groups in Gibson Dunn’s Houston office. He works on a wide range of domestic and international commercial transactions, including acquisitions and divestitures, private equity investments, joint ventures, project development, and general corporate matters. Nathan has particular experience representing clients in the energy industry, including in the upstream, midstream, petrochemical, LNG, oilfield services, power, and renewable sectors.

Nathan has been recognized as a Best Lawyers: Ones to Watch in America™ in the areas of Mergers and Acquisitions and Oil and Gas Law.

Nathan earned his law degree from The University of Texas and his undergraduate degree from Dartmouth College, graduating with honors from both institutions. He is fluent in Mandarin Chinese.

Representative Matters – Other Mergers and Acquisitions and Project Development*