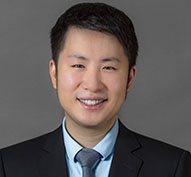 Julian Zhong is a Registered Foreign Lawyer (New York) and an associate. He is a member of the firm’s Corporate Group.

Mr. Zhong’s practice focuses on general corporate, private equity, mergers and acquisitions, and other complex commercial transactions. Prior to joining the firm, Mr. Zhong was an associate in the New York office of Weil, Gotshal & Manges LLP, where he represented public and private companies, private equity sponsors and their portfolio companies in mergers and acquisitions, divestitures and recapitalizations, in the technology, healthcare, food, consumer/retail, insurance, industrial and other industries.

Mr. Zhong earned his Juris Doctor in 2017 from University of Pennsylvania Carey Law School, where he was an Executive Editor of the University of Pennsylvania Asian Law Review. Mr. Zhong earned his Bachelor of Arts in Mathematics-Economics and Psychology in 2013 from Wesleyan University, where he was elected to Phi Beta Kappa.  He is admitted to practice in New York and is fluent in English and Mandarin.