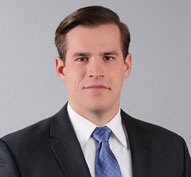 Ryan Appleby is a litigation associate in the Los Angeles office of Gibson, Dunn & Crutcher, where his practice focuses on complex litigation in the trial courts and on appeal.  Mr. Appleby has represented a broad range of companies, employers, executives, and individuals in state and federal court, trial, arbitration, and mediation.  His litigation and counseling experiences includes work in the automotive, education, entertainment, insurance, legal, retail, and technology industries.  Mr. Appleby also has extensive experience in white collar defense and investigation matters.

Mr. Appleby also maintains an active pro bono practice, including representing immigration clients in removal proceedings both in the immigration courts and on appeal and assisting in litigation challenging the rescission of the DACA program.

Mr. Appleby received his law degree from the University of Southern California, where he was elected to the Order of the Coif, served as the Executive Notes Editor on the Southern California Law Review, and was a member of the Post-Conviction Justice Project.  He received his Bachelor of Arts degree in Political Science from Pepperdine University.  Mr. Appleby’s publications include, “Proposition 9, Marsy’s Law: An Ill-Suited Ballot Initiative and the (Predictably) Unsatisfactory Results,” 86 S. Cal. L. Rev. 321 (2013)