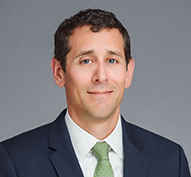 Brian C. Ascher is a partner in the New York office of Gibson, Dunn & Crutcher, where he is a member of Gibson Dunn’s Litigation and Media, Entertainment & Technology Practice Groups.

Mr. Ascher has represented corporate and individual clients in a wide range of complex commercial litigation, including through trial, in both federal and state court and administrative proceedings.  Mr. Ascher’s practice focuses on civil litigation, including contract, profit participation, trade secrets, and other intellectual property disputes.  In addition, Mr. Ascher has significant experience in litigating founder disputes and First Amendment cases.

Mr. Ascher was named to Variety’s Legal Impact Report in 2021 and 2022, and has been recognized as a Benchmark Litigation 2022 “Future Star” in New York, a Law360 2020 “Rising Star” in the Media & Entertainment category, and a 2021-2023 Best Lawyers: Ones to Watch in America™ in Entertainment and Sports Law.  He has also been named as one of two Rising Stars in the Media and Entertainment category and recognized nationally in the United States category by Euromoney Legal Media Group.  In addition, he was part of the team that earned recognition in Daily Journal’s 2020 “Top Verdicts” for a bench trial win for AMC Networks in a profit participation case concerning The Walking Dead.

From 2011 to 2012, Mr. Ascher served as a law clerk to the Honorable Faith S. Hochberg in the United States District Court for the District of New Jersey.  Prior to law school, Mr. Ascher worked in film production and distribution.

Mr. Ascher is admitted to practice in the State of New York and before the United States District Court for the Southern District of New York.  He is also a member of the Entertainment Law Committee of the Association of the Bar of the City of New York.