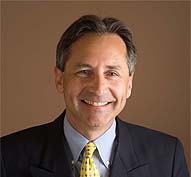 Joseph M. Barbeau is an international commercial lawyer with extensive experience in both Greater China and Silicon Valley.  He practiced in Hong Kong for 12 years (1985-1997) and returned as the partner-in-charge of the firm’s Hong Kong and Beijing offices established in 2010 and 2013 respectively. Mr. Barbeau also practiced in the Bay Area for 15 years, and continues to be actively involved with domestic and cross-border transactions in both regions.

Mr. Barbeau is ranked as a leading attorney in the Corporate Law and Mergers & Acquisitions categories of the current edition of The Best Lawyers in America, and as a 2013 Top Rated Lawyer in Healthcare, in the 2013 joint rankings by The American Lawyer and Corporate Counsel.  In addition, Chambers and Partners Global 2013 and 2014 editions list Mr. Barbeau as an ‘expert based abroad’ in the category China – Corporate/M&A (International Firms), noting that he “comes recommended for his experience of both Californian and Chinese jurisdictions” and “earns special praise for his cross-border focus and as someone who is very easy to work with and knows the ins and outs of getting a deal done.”

University of Minnesota - 1977 Bachelor of Arts