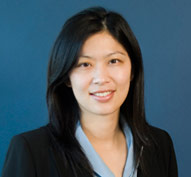 Before joining Gibson Dunn, Dr. Brody was a research scientist developing new diagnostic tools and tests. She earned a Bachelor of Science degree in chemistry with high honors from University of California, Berkeley and a doctorate degree in chemistry from California Institute of Technology. Her thesis work involved protein engineering, synthetic biology, and the development of microchips for these studies.