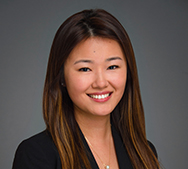 Wendy Cai is an associate in the New York office of Gibson, Dunn & Crutcher, practicing in the Intellectual Property and International Arbitration practice groups.  Ms. Cai’s practice focuses on patent litigation and both international commercial and bilateral investment treaty arbitration in a wide range of fields, including telecommunications, robotics, logistics, consumer electronics, and pharmaceuticals.

Ms. Cai received her Juris Doctor in 2018 from Columbia Law School, where she was named a Harlan Fiske Stone Scholar and the student Editor-in-Chief of the American Review of International Arbitration. She represented Columbia and placed third at the 24th Annual Willem C. Vis International Commercial Arbitration Moot, and was awarded “Best Cross-Examination” in the Judith S. Kaye Arbitration Competition in 2017. She received her Bachelor of Science in Psychology with distinction in the major from Yale University in 2015.

Ms. Cai is the co-author of “Principles of Evidence in Public International Law as Applied by Investor-State Tribunals: Burden and Standard of Proof”, Brill Publications (January 2019) and is the first-author of an article for the Bioscience, Biotechnology, and Biochemistry journal.