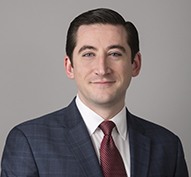 Jeremy Christiansen is a senior associate in the Washington, D.C. office of Gibson, Dunn & Crutcher.  He is a member of the firm’s Appellate and Constitutional Law, Administrative and Regulatory, Intellectual Property, and Litigation practice groups.

Mr. Christiansen represents clients from a wide variety of industries in high-stakes appellate, administrative law, and litigation matters, ranging from constitutional law and separation-of-powers litigation, to copyright infringement and Administrative Procedure Act cases.  His practice encompasses the full suite of appellate litigation, including launching strategic litigation in trial courts, consulting with trial and agency counsel regarding appellate matters, pre- and post-trial briefing, emergency stays and injunctions, en banc rehearing petitions, briefing, and oral argument before federal appellate and district courts.  Mr. Christiansen has briefed numerous cases for parties before federal appellate courts across the country, including the First, Second, Fifth, Seventh, Ninth, Tenth, and D.C. Circuits, and the Supreme Court of the United States.  He was named by SuperLawyers as a Rising Star in Appellate Practice for 2020–2021, and by Best Lawyers as a 2021 and 2022 “One to Watch” in Appellate Practice.