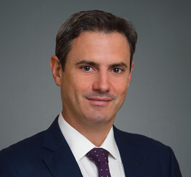 Michael J. Cohen is a partner in Gibson, Dunn & Crutcher’s New York office and a member of the Business Restructuring and Reorganization Practice Group. Mr. Cohen represents a diverse array of parties in bankruptcy and insolvency matters, distressed investments, acquisitions and financings, debt exchanges, and in‐court and out‐of-court restructurings. A leading bankruptcy attorney, Mr. Cohen was recognized as a “Notable Practitioner” in 2019 by the International Financial Law Review.

Mr. Cohen has also has represented lender groups to Sungard AS, rue21, Ameriforge, Answers Holdings, and Seventy Seven Energy, as well as the lead bondholders to Intelsat SA; Fortress Credit Corp. as sole lender under a $100 million DIP facility to supermarket chain A&P; American Apparel in its chapter 11 cases; multinational telecom service provider NII Holdings in its chapter 11 case; and secured lenders in a complex foreclosure of a 1,000+ acre luxury residential project and club.

Before joining Gibson Dunn, Mr. Cohen was a partner at Jones Day. Prior to joining Jones Day in 2013, he practiced at Cadwalader, Wickersham & Taft LLP. He served as a law clerk for Judge Stephen D. Gerling of the U.S. Bankruptcy Court for the Northern District of New York from 2003 to 2004.

Mr. Cohen earned his law degree in 2002 from Fordham University School of Law, where he was a member of Fordham Law Review and was awarded the American Bankruptcy Institute Medal of Excellence and the Benjamin Finkel Prize for his academic work on bankruptcy law. He graduated with highest honors from Rutgers University, where he was a Henry Rutgers Scholar.