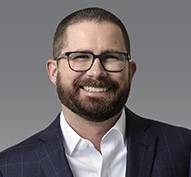 Colin B. Davis is a partner in the Orange County office of Gibson, Dunn & Crutcher where he practices in the firm’s Litigation Department.  Mr. Davis has been recognized in Best Lawyers: Ones to Watch in America™ for his work in Mergers and Acquisitions Law.

Mr. Davis’s practice focuses on complex business and commercial litigation, with an emphasis on merger and acquisition and securities litigation.  Mr. Davis represents public and private companies and their officers and directors in stockholder class actions, stockholder derivative actions, and appraisal actions, as well as related litigation in state and federal courts throughout the country.  Mr. Davis also represents clients in a wide variety of other types of business litigation, including post-closing merger and acquisition disputes involving earnout provisions, fraud, and other contractual breaches.  Additionally, Mr. Davis has represented clients in connection with governmental investigations and enforcement actions brought by the SEC, Department of Justice, and other regulatory and enforcement agencies.

Mr. Davis is a member of the California bar, and is admitted to practice before the U.S. District Courts for the Central and Northern Districts of California.