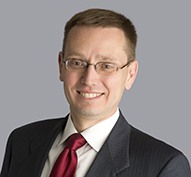 Thomas H. Dupree Jr. is Co-Partner-in-Charge of the Washington, DC office of Gibson, Dunn & Crutcher, co-chair of the firm’s nationwide Appellate and Constitutional Law practice group, and a member of the firm’s litigation department.

Mr. Dupree is an experienced trial and appellate advocate. He has argued more than 90 appeals in the federal courts, including in all thirteen circuits as well as the United States Supreme Court.  He has represented clients throughout the country in a wide variety of trial and appellate matters, including cases involving punitive damages, class actions, product liability, arbitration, intellectual property, employment, and constitutional challenges to federal and state statutes.  Chambers and Partners has named Mr. Dupree one of the leading appellate lawyers in the United States every year from 2012 through 2022.

Mr. Dupree previously served in the United States Department of Justice.  He was appointed Deputy Assistant Attorney General for the Civil Division, and later became the Principal Deputy Assistant Attorney General.  In that capacity, he served as the division’s second-in-command, overseeing the more than 900 lawyers in the Civil Appellate, Commercial, Federal Programs and Torts branches, as well as the Office of Immigration Litigation and the Office of Consumer Litigation.  Mr. Dupree was responsible for managing many of the government’s most significant cases involving regulatory, commercial, constitutional and national security matters on behalf of virtually all of the federal agencies, the White House, and senior federal officials.  Before being named the division’s top deputy, Mr. Dupree ran its largest litigating branch, managing a staff of 280 lawyers.

Legal Times has called Mr. Dupree “no stranger to high-profile work.”  Among other things, he played a substantial role in the successful representation of George W. Bush before the United States Supreme Court in Bush v. Gore, and represented New England Patriots quarterback Tom Brady in challenging his “Deflategate” suspension.

Mr. Dupree argued and won, by a unanimous 9-0 vote, a landmark personal jurisdiction case in the United States Supreme Court, Daimler AG v. Bauman.  For this achievement, American Lawyer magazine named him Litigator of the Week, noting that he “won over both the liberal and conservative wings of the court.”

In 2021, American Lawyer again named Mr. Dupree its Litigator of the Week.  This time he was recognized for winning a high-profile appeal in the midst of the chaos enveloping the U.S. Capitol on January 6.

Other matters Mr. Dupree has handled include:

Mr. Dupree appears frequently on national television as a legal analyst. He is a regular guest on Fox News Channel and MSNBC. He has also appeared on NBC Nightly News, PBS NewsHour, ABC World News Tonight, and Good Morning America, as well as on CNN, CNBC, Bloomberg, Court TV, and C-Span. He has been quoted in numerous print publications, including the New York Times, the Wall Street Journal, the Washington Post, the Los Angeles Times and many others, discussing legal issues and developments.  In addition, Mr. Dupree has testified before Congress on constitutional and separation-of-powers issues, including the President’s authority to act through executive order.