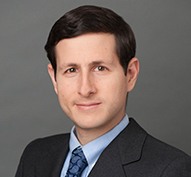 Yair Y. Galil is of counsel in the New York office of Gibson Dunn, where he is a member of Gibson Dunn’s Global Finance Practice Group and Business Restructuring and Reorganization Practice Group, as well as of the firm’s Environmental, Social and Governance (ESG) Practice Area.

Mr. Galil has represented a variety of clients – including sponsors, issuers, financial institutions and investment funds – in complex financing transactions.  The business contexts for these transactions have ranged from corporate finance (including sustainability-linked credit facilities), to leveraged acquisitions and dividend recaps, to debt buybacks and other out-of-court capital restructuring transactions, to debtor-in-possession and bankruptcy exit financings.  He also frequently performs credit analyses on a borrower’s debt instruments, and advises on vulnerabilities and potential restructuring approaches.

Mr. Galil earned his Juris Doctor in 2004 from Columbia Law School, where he was a James Kent Scholar and an Alexander Hamilton Fellow, and served on the editorial board of the Columbia Business Law Review.  He received his M.B.A. from Columbia Business School in 2004 and was elected to Beta Gamma Sigma.  Prior to commencing his graduate studies, Mr. Galil served from 1996 to 2000 in the Israeli Defense Forces, in which he holds the rank of captain.  Mr. Galil graduated from Columbia College as Salutatorian of the class of 1996, with a Bachelor of Arts degree, summa cum laude, in Economics and Political Science, and was elected to Phi Beta Kappa.  Prior to joining Gibson Dunn, Mr. Galil was an associate in the New York office of Jones Day.

Mr. Galil is admitted to the New York Bar.  He is fluent in Hebrew.