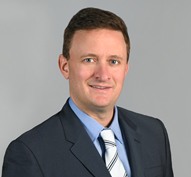 Stuart Graiwer is a partner in the Century City office of Gibson, Dunn & Crutcher.  He is a member of the firm’s Real Estate Practice Group.

Stuart’s practice focuses on all transactional aspects of commercial real estate, and is particularly focused in the structuring of complex joint venture and partnership agreements, financing transactions, purchase and sale agreements and all aspects of development deals.  Stuart handles transactions for a multitude of asset classes, including office buildings, hotels, multi-family and residential developments, industrial parks, data centers and retail projects.  Stuart has developed a particular expertise in representing owners, operators and developers of studio projects having represented clients in the largest studio transactions in the country.

Most recently, Mr. Graiwer was ranked by the 2021 and 2022 editions of Chambers USA for Real Estate.  In 2020, the Los Angeles Business Journal named Mr. Graiwer to their “Thriving In Their 40’s” list.  He was also profiled in an edition of Super Lawyers in the article “Billion Dollar Man,” which highlighted his work in commercial real estate.  Daily Journal named Mr. Graiwer as one of the Top 30 Real Estate Lawyers in California from 2012-2013 and one of the Top 20 California Attorneys Under 40 in 2013.  Mr. Graiwer was selected by his peers for inclusion in the 2016-2023 editions of The Best Lawyers in America in the area of Real Estate Law.