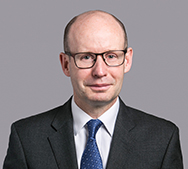 Sacha Harber-Kelly is a partner in the Dispute Resolution Group of Gibson Dunn & Crutcher’s London office, where he specialises in global white-collar investigations, related litigation and compliance. He has extensive litigation, investigation and advisory experience on behalf of both companies and individuals in a broad range of service and industry sectors including financial services, oil and gas, extractives, legal services, telecommunications, sport, media, real estate, consumer products and manufacturing.

Mr Harber-Kelly is a member of City of London Law Society Corporate Crime Committee.  He is ranked as a leading individual for Regulatory Investigations and Corporate Crime in the Legal 500, 2021/22, recommended as a Global Leader for Business Crime Defence: Individuals in Who’s Who Legal 2020/21 and is ranked by Chambers UK 2020, 2021 and 2022 for Financial Crime: Corporates (London). In addition, he is recognised in Euromoney’s White Collar Crime Expert Guide 2021. Commentators say:

Prior to joining Gibson Dunn Mr. Harber-Kelly was a Prosecutor and Case Controller at the Serious Fraud Office (SFO) where he was involved in the investigation and prosecution of international corporate corruption cases since 2007.  He has worked extensively with a range of other enforcement authorities in the U.K., U.S. and beyond, including the U.S. Department of Justice (USDOJ), the Securities & Exchange Commission (SEC), the Office of Foreign Asset Control (OFAC), the U.K. National Crime Agency, HM Revenue Commissioners (and its forerunner agencies) and the Financial Conduct Authority.

Prior to joining the SFO he was partner and Head of the Professional and Financial Regulation Unit in a specialist criminal defence practice in London.  As a criminal defence lawyer for almost 15 years, Mr. Harber-Kelly successfully defended numerous fraud, money laundering and tax evasion trials and other serious and complex organised crime.

During his time at the SFO he was involved in a number of ground breaking cases, including:

A series of other innovative achievements as the Investigative Lawyer or Prosecutor include:

Mr. Harber-Kelly has worked both independently and in collaboration with the USDOJ in directing the scope and methodology of independent monitoring and compliance remediation imposed as part of bilateral global settlements. In this context he has received reports, assessed companies’ remediation and ultimately signed off successful completions. Mr. Harber-Kelly has experience of leading teams that have assessed compliance programmes in particular testing adequacy and implementation in the context of the Bribery Act.

Mr. Harber-Kelly’s extensive experience of investigating and prosecuting global white collar crime means that he has regularly worked with overseas law enforcement agencies on nearly every continent as a method of securing overseas evidence.  As such Mr. Harber-Kelly is able to counsel clients on the use by U.K. enforcers of foreign evidence or intelligence gathering avenues assessing consequent risks in individual cases.