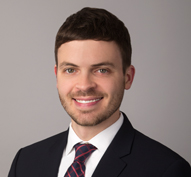 Nick Harper is an associate in the Washington, D.C. office of Gibson, Dunn & Crutcher.  He practices in the firm’s Litigation Department and is a member of the firm’s Appellate and Constitutional Law and Administrative Law and Regulatory Practice Groups.

Mr. Harper is a member of the bars of Maryland and the District of Columbia, and he is admitted to practice before the U.S. Supreme Court and the U.S. Courts of Appeals for the Ninth and D.C. Circuits.