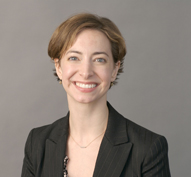 Nancy E. Hart is a litigation partner in the New York office of Gibson, Dunn & Crutcher.  She is Co-Chair of the firm’s Law Firm Defense Practice Group and a member of the Securities Litigation and Class Action Groups.

Ms. Hart focuses on law firm defense, securities and derivative litigation, real estate litigation, corporate control contests, and class action defense.  Ms. Hart had significant experience representing clients in a wide range of matters in state and federal courts, at both the trial and appellate levels, as well as in domestic and international arbitrations, involving a wide range of claims, including legal malpractice, breach of fiduciary duty, aiding and abetting tortious conduct, fraud, breach of contract, and various Securities Act claims.  Ms. Hart has successfully represented law firms, companies, partnerships, and individuals throughout the country in high-stakes matters at all phases of trial court litigation and arbitration, including through multiple victories at trial.

In March 2020, The Am Law Litigation Daily named Ms. Hart as “Litigator of the Week” for obtaining a successful jury verdict on behalf of a Fortune 250 company.  Ms. Hart has also been recognized by The Best Lawyers in America® as “One to Watch” in Litigation – Securities and by Benchmark Litigation as a “Future Star.”

Ms. Hart is also a member of the Professional Responsibility Committee of the Bar of the City of New York, a committee that examines legal ethics issues facing practitioners and makes recommendations as to potential changes in the standards that govern the conduct of lawyers.  Ms. Hart further serves on the board of directors of Legal Information for Families, a non-profit focused on helping families navigate New York’s family court system.