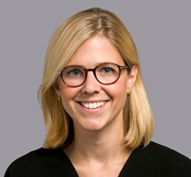 Stephanie Collins is an English law qualified solicitor advocate and associate in the London office of Gibson, Dunn & Crutcher. She is a member of the firm’s International Arbitration Group.

Ms. Collins represents clients in both commercial and investment treaty arbitrations, as well as all aspects of public international law. Her practice has a particular focus on disputes arising in the energy (renewables, oil and gas), extractive industries, infrastructure and financial services sectors.

Ms. Collins has a secondary practice area, as a member of the firm’s Environmental, Social and Governance (ESG) Practice, where she advises on business and human rights issues.

Ms. Collins maintains an active pro bono practice and is a member of the firm’s Pro Bono Committee.

Prior to joining Gibson Dunn, Ms. Collins trained and practised in the London office of a magic circle law firm. During this time, she spent time in the firm’s Madrid and Singapore offices and was seconded to the litigation team of a multinational energy company for nine months in 2017/2018.

Ms. Collins holds a degree in Law from University College London (2011), where she graduated with First-Class Honours. She spent one year studying at the National University of Singapore. She is currently a Guest Lecturer at Queen Mary University London, as part of the Energy and Resources LLM.

Client Alert - March 11, 2022 | European Commission Proposes Far-Reaching Human Rights and Environmental Due Diligence Obligations
Client Alert - February 4, 2022 | The Latest Chapter of the Intra-EU Investment Arbitration Saga: What It Entails for the Protection of Intra-EU Investments and Enforcement of Intra-EU Arbitral Awards
Client Alert - January 27, 2022 | Update on Mandatory Human Rights Due Diligence: Groundbreaking New York Fashion Sustainability Legislation Proposal, While EU Initiative Stalls
Client Alert - September 7, 2021 | Intra-EU Arbitration Under the ECT Is Incompatible with EU Law According to the CJEU in Republic of Moldova v Komstroy
Client Alert - February 15, 2021 | Okpabi v Shell: Clarification from the English Supreme Court on Jurisdiction and Parent Company Liability
Article - September 16, 2020 | National Contact Points: A Unique Grievance Mechanism for Resolving Responsible Business Conduct Disputes
Client Alert - May 13, 2020 | The Termination of Intra-EU Bilateral Investment Treaties and the Impact on Foreign Investment Protection in Europe
Client Alert - February 21, 2020 | UK Supreme Court Paves the Way for Enforcement of an ICSID Award in the Long-Running <em>Micula v Romania</em> Dispute
Top
This website uses cookies to provide analytics on user traffic. By continuing to browse our website, you consent to our use of cookies as set forth in our Cookie Policy. However you may visit Cookie Settings to customize your consent.
Cookie SettingsACCEPT
Privacy & Cookies Policy