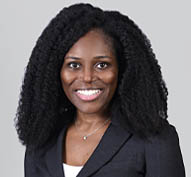 Tiaunia N. Henry is an associate in Gibson, Dunn & Crutcher’s Los Angeles office where she is a member of the firm’s Litigation Department with a diverse practice that focuses primarily on complex business litigation, including antitrust, breach of contract and transnational cases.  As an experienced litigator and trial attorney, she has represented clients in various industries including the oil and gas, medical device, media and entertainment, semiconductor, paper manufacturing and information technology consulting industries.  Ms. Henry has extensive experience representing multinational corporations, both foreign and domestic, in disputes that involve litigation pending in multiple jurisdictions, including the development of legal strategies to avoid inconsistent rulings, preclusion of claims, and/or waiver of defenses in subsequent litigation.

Representative matters in which Ms. Henry has been involved include: