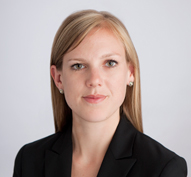 Caeli A. Higney is a partner in the San Francisco office of Gibson, Dunn & Crutcher. She currently practices in the firm’s Litigation Department and is a member of the firm’s Antitrust and Competition Practice Group.

Ms. Higney has experience handling a wide variety of antitrust matters in a broad range of industries, such as semiconductors, consumer electronics, retail food, consumer products, automotive parts, and financial services. She has represented companies before appellate and trial courts in matters alleging a range of antitrust-based claims, including allegations of price fixing, monopolization and attempted monopolization, tying, bundling, exclusive dealing, and refusal to deal. For example, Ms. Higney was part of a team that defended a major consumer electronics company in a multi-week antitrust trial against conspiracy claims brought by the U.S. Department of Justice. More recently, Ms. Higney successfully obtained dismissal of conspiracy to monopolize and attempted monopolization claims against a major retailer. Ms. Higney represented and helped negotiate a favorable settlement of price-fixing claims in a large indirect purchaser class action.

Ms. Higney’s antitrust experience also includes representing clients before the Federal Trade Commission, the U.S. Department of Justice, and other international antitrust agencies in connection with merger and acquisition matters. She was part of a team that secured worldwide antitrust clearance for a $16 billion transaction in the semiconductor industry.

Ms. Higney has authored publications on a range of antitrust-related topics. Concurrences Review recognized Ms. Higney at its 2017 Antitrust Writing Awards for her article “Practical Advice for Avoiding Hub-and-Spoke Liability,” which was selected as the winner in the Business category, Concerted Practices section. The article originally appeared in the October 2016 issue of The Antitrust Source. Ms. Higney served as an Associate Editor of the Antitrust Report, the U.S. law periodical published by Matthew Bender and LexisNexis, and has served as a contributor to the Antitrust Law Developments handbook published by the American Bar Association and the International Comparative Legal Guides to Competition Litigation.

Ms. Higney is a member of the California Bar. Ms. Higney also serves on the firm’s Pro Bono Committee.