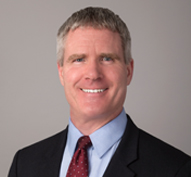 Thomas G. Hungar is a partner in the Washington, D.C., office of Gibson, Dunn & Crutcher LLP.  His practice focuses on appellate litigation, and he assists clients with congressional investigations and complex trial court litigation matters as well.  He has presented oral argument before the Supreme Court of the United States in 26 cases, including some of the Court’s most important patent, antitrust, securities, and environmental law decisions, and he has also appeared before numerous lower federal and state courts.

Mr. Hungar served as General Counsel to the U.S. House of Representatives from July 2016 until January 2019, when he rejoined the firm.  As General Counsel, he provided legal advice and litigation representation on a non-partisan basis to the House and its leadership, members, officers, and staff, and he worked closely with numerous House committees in connection with their oversight and investigative activities.  Previously, he served as a Deputy Solicitor General of the United States.  In that position, he supervised business-related appellate litigation for the federal government, with particular emphasis on patent, antitrust, securities, and environmental appellate cases, and he also oversaw appellate litigation in banking, bankruptcy, tax, government contracts, communications, copyright, labor, trademark, and international trade matters.  In private practice, Mr. Hungar’s appellate experience has encompassed those areas as well as class actions, constitutional law, employment law, product liability, administrative procedure, insurance coverage and bad faith, and general commercial litigation.  He has handled scores of business-related appeals in the Supreme Court and lower appellate courts, and has briefed and argued many high-profile matters.  Representative cases in which he has presented oral argument include:

Mr. Hungar is a Fellow of the American Academy of Appellate Lawyers and is a frequent lecturer in his areas of expertise.  While at the Department of Justice, he served as Appellate Counsel to the Intellectual Property Task Force Executive Staff, and he was awarded the John Marshall Award for Outstanding Legal Achievement, the Department’s highest award presented to attorneys for contributions and excellence in legal performance, in recognition of his handling of patent-law matters before the Supreme Court.

Mr. Hungar served as an Assistant to the Solicitor General of the United States from 1992-1994.  In that position he presented oral argument before the Court and handled numerous other appellate matters for the government.  He also served as a law clerk to Justice Anthony M. Kennedy of the Supreme Court and to Circuit Judge Alex Kozinski of the United States Court of Appeals for the Ninth Circuit.  He received his law degree from Yale Law School in 1987, where he was a Senior Editor of the Yale Law & Policy Review.  He received his bachelor of science degree magna cum laude in mathematics/computer science and economics from Willamette University in 1984.