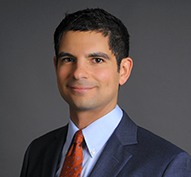 Mr. Jalali has successfully litigated high-stakes cases up to and through trial and appeal in state and federal courts throughout the country and in the U.S. International Trade Commission.  Mr. Jalali’s intellectual property cases have generally involved many asserted patents or trade secrets, and have dealt with a wide range of technologies, including machine learning and artificial intelligence, wireless communication equipment and protocols, mobile devices, emulation, network technology, implantable cardiac and neurostimulation devices, medical therapies, computer graphics, semiconductors, database storage and searching, security, data transmission and compression, wearable sensors and tracking, and electrical component and plastics manufacturing.

Prior to law school, Mr. Jalali was a Senior Software Developer at Oracle Corporation, where he helped plan, design, and develop the Oracle XML DB feature of the Oracle core database.  His work at Oracle included software design and development in C and Java, and led to his being named co-inventor on multiple patents.

Mr. Jalali is a private pilot and conversational in Farsi (Persian). He is a member of the firm’s National Pro Bono Committee and Bay Area Diversity Committee and is admitted to district courts in California and Texas.