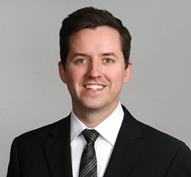 Tim Kolesk is an associate in the Los Angeles Office of Gibson, Dunn & Crutcher.  He currently practices in the Litigation Department.

Mr. Kolesk earned his law degree from the University of Southern California Gould School of Law, where he was elected to the Order of the Coif, served as an Executive Senior Editor of the Southern California Law Review, and was a Teaching Fellow in the Legal Writing and Advocacy Program.  He received his Bachelor of Arts degree in History from Boston College, where he graduated magna cum laude and was appointed to the Order of the Cross and Crown.  Before law school, Mr. Kolesk also attended the University of Southern California School of Cinematic Arts, earning a Master in Fine Arts degree in Film Production.

At the Intersection of Fourth and Sixth: GPS Evidence and the Constitutional Rights of Criminal Defendants, 90 S. Cal. L. Rev. 1299 (2017).