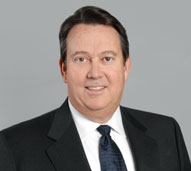 Jeffrey C. Krause is a partner in the Los Angeles office of Gibson, Dunn & Crutcher.  He is a member of the firm’s Business Restructuring and Reorganization Practice Group.  He has a broad corporate restructuring practice and has handled significant debtor and creditor representations, as well as representations of acquirers of assets from chapter 11 debtors, lessors and secured and unsecured creditors.  He is a fellow of the American College of Bankruptcy.  Mr. Krause was listed as an Outstanding Restructuring Lawyer by Turnarounds & Workouts in 2018 and was named Bankruptcy and Creditor Debtor Rights/Insolvency and Reorganization Lawyer of the Year 2017 for Los Angeles by Best Lawyers.

Mr. Krause frequently advises boards and shareholders on fulfilling fiduciary duties and minimizing litigation risks when the companies they serve encounter financial distress.  He also advises lenders in structuring transactions to minimize risks that are likely to arise when borrowers become financially distressed and parties seeking to acquire debt of troubled borrowers in order to drive the restructuring process or acquire assets of the borrower.  Mr. Krause has represented defendants in preference actions, fraudulent transfer actions and large, complex commercial disputes, including lender liability claims.  He has represented landlords in large complex chapter 11 cases and out-of-court restructuring transactions.  He also has represented both debtors and creditors in chapter 9 municipal restructuring cases.

Mr. Krause has represented secured lenders in chapter 11 cases and out-of-court restructuring transactions, including the mortgage holders in recent chapter 11 cases of the owners of the Fairmont San Jose and Bishop’s Lodge, as well as PDL BioPharma, Inc., Deutsche Bank, Kayne Saybrook, FINOVA Capital (after Berkadia acquired the right to manage FINOVA), Lend Lease, Beal Bank, Home Savings and Loan, Bank of Hawaii, CapitalSource, and the Colonial Williamsburg Foundation, as a secured creditor in the chapter 11 case of Carter’s Grove, LLC.

Mr. Krause has represented debtors in chapter 11 cases and out-of-court restructuring transactions, including the following:

Mr. Krause has represented multiple ad hoc creditor groups and official committees, as well as key members of committees, including the following:

In 2021 and 2022, Mr. Krause was selected as a Band 1 lawyer in Chambers USA: America’s Leading Lawyers for Business.  He was selected in the 2022 edition of the Lawdragon 500 Leading U.S. Bankruptcy & Restructuring Lawyers and has been recognized by The Best Lawyers in America® in the area of Bankruptcy and Creditor Debtor Rights/Insolvency and Reorganization Law for more than a decade, and by Who’s Who Legal Restructuring & Insolvency.

Mr. Krause has served as an Adjunct Professor, University of Southern California School of Law, 1994-2000 and 2002; Loyola School of Law, 1987 and 1988.  He is a member of the Los Angeles County Bar Association (Former Member of Executive Committee of Section on Commercial Law and Bankruptcy and Past Chair of Pro Bono Debtor Assistance Project) and the American Bar Association (Member, Sections on Litigation and Business Law; Past Co-Chairman of Bankruptcy and Insolvency Committee of the Litigation Section); The State Bar of California (Former Member, UCC Committee, Business Law Section, 1987-1990; Former Member, Debtor-Creditor Committee, Business Law Section, 1992-1995); Los Angeles Bankruptcy Forum (Past President); California Bankruptcy Forum (Former Director); Financial Lawyers Conference (Former Board Member, 1999-2002).  He served as President of the Turnaround Management Association, Southern California Chapter in 2017 and was Co‑Chair of the 2017 Turnaround Management Association Western Regional Conference.  He served as a member of the TMA Distressed Investing Conference Planning Committee during 2022 and was named as a Trustee of the TMA Global Leadership for 2022.

Mr. Krause attended the University of California at Los Angeles, where he received his B.S. in Economics in 1977, and his J.D. in 1980.  Mr. Krause served on the UCLA Law Review, and was elected to the Order of the Coif.