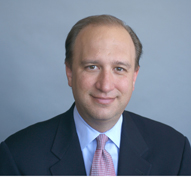 Josh Krevitt is widely recognized as one of the leading IP trial lawyers and litigators in the country.  A partner in the New York and Palo Alto offices, Mr. Krevitt is Co-Chair of Gibson Dunn’s Intellectual Property Practice—one of the premier IP practices in the country—and is a member of Gibson Dunn’s Executive Committee.  Mr. Krevitt focuses on intellectual property litigation, chiefly patent litigation and trade secret litigation, as well as complex commercial litigation.

Mr. Krevitt has successfully represented some of the leading technology companies in the world in some of their most important and challenging intellectual property and trade secret matters.  He has represented companies such as AT&T, T-Mobile, Sharp, Dell, EMC, Novo Nordisk, Microsoft, RealNetworks, Viacom, Cablevision, Peloton, Kokusai Electric, Amazon, Fitbit, Napster, Ricoh, MobiTV, Red Hat, Novell and Square in intellectual property litigation matters.

Mr. Krevitt has a long and consistent record of winning complex, high-stakes patent infringement and trade secret misappropriation trials in courts across the country as well as in the U.S. International Trade Commission.  Mr. Krevitt has successfully tried patent and trade secret cases in both jury trials and bench trials, representing both plaintiffs and defendants.  Mr. Krevitt also has argued and successfully handled numerous appeals in the Federal Circuit Court of Appeals.

Mr. Krevitt’s cases have generally involved enormous stakes, and have concerned a wide variety of technologies, including wireless devices and transmissions, ANDA litigation, LCD design and fabrication, microprocessor design, data and telecommunications hardware and software, and semiconductor and integrated circuit design and fabrication, as well as many areas relating to the Internet, such as the compression, storage and transmission of content, and routers and switches.

Mr. Krevitt is consistently ranked as one of the leading Intellectual Property and Patent litigators in the United States by virtually every ranking and survey in the country.

Mr. Krevitt is ranked by the prestigious Chambers USA and Chambers Global in Band 1 for Intellectual Property both Nationwide and in New York—one of only three lawyers in the country with that distinction.  Chambers has called Mr. Krevitt “a litigation savant,” and describes him as “a top litigator with incredible strategic vision and skill at oral argument,” among “the top echelon of trial attorneys,” “one of the best oral advocates,” and “a silver-tongued advocate extraordinaire whose voice and demeanor project confidence and inspire credibility from judges and juries alike.”  Benchmark Litigation recognizes him as a “Litigation Star.”  Mr. Krevitt is also recognized by The Best Lawyers in America® as a leading Litigation attorney, Law360 as an “MVP” in both IP Litigation and Trials, Who’s Who Legal as an “Expert” in Patents, and Managing Intellectual Property as an “IP Star.”  IAM Patent 1000 also awarded Mr. Krevitt a Tier 1 ranking, calling him as “a brilliant lawyer, no question,” and describing Mr. Krevitt’s varied and successful trial record, noting that “Krevitt could conduct a trial blindfolded, so familiar is he with the inside of the courtroom,” and that “industry leaders breathe a sigh of relief when he is brought on board to handle their case.”

AmLaw Litigation Daily has twice named Mr. Krevitt “Litigator of the Week.”  He received the recognition for scoring a complete victory for Fitbit in a high-profile, high-stakes patent case brought by Philips against Fitbit at the International Trade Commission.  He also received the recognition for his successful defense at trial of T-Mobile in a patent infringement lawsuit brought by Realtime Data, LLC.

Mr. Krevitt also was named to the IP Law & Business list of the “Top 50 IP” lawyers under age 45 in the United States, which features those in-house counsel, outside counsel and academics who “are distinguished by their sheer brainpower, legal smarts, creativity and hard work.”  The story praised Mr. Krevitt’s role as “lead counsel for a long list of technology companies” and recognized the many instances in which companies involved in major patent litigations have switched counsel mid-litigation to use Mr. Krevitt and Gibson Dunn.

Before joining Gibson Dunn, Mr. Krevitt was a partner in the New York and Silicon Valley offices of Weil, Gotshal & Manges.  His move to Gibson Dunn was described by The American Lawyer as one of the “Star Lateral Moves” in 2006.

Mr. Krevitt has written and lectured regarding diverse intellectual property and litigation issues.  Mr. Krevitt also has served on several public interest Boards of Directors, including, most recently, the Board of the Office of the Appellate Defender in New York City, and has served as pro bono counsel to the Boards of Directors of several public service organizations, including New Yorkers for Parks and Volunteer Lawyers for the Arts.

Mr. Krevitt graduated from Boston University School of Law and Columbia College with honors, and attended the London School of Economics Institute of Political and Economic Studies.