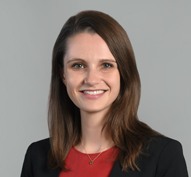 Sarah Kushner is an associate in the Los Angeles office of Gibson, Dunn & Crutcher. She practices in the firm’s Litigation Department.

Ms. Kushner earned her law degree from Stanford Law School in 2017.  While in law school, she was a finalist in the Marion Rice Kirkwood Moot Court competition and served as a notes editor for the Stanford Law Review. In 2011, Ms. Kushner graduated Phi Beta Kappa from Occidental College with a Bachelor of Arts degree in Economics. Prior to entering law school, Ms. Kushner worked as a paralegal at the Antitrust Division of the United States Department of Justice.

Ms. Kushner is admitted to the State Bar of California.