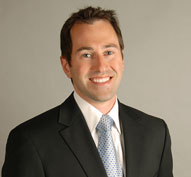 Mr. Lanin is a member of the firm’s Mergers and Acquisitions, Capital Markets, Securities Regulation and Corporate Governance, and Media, Entertainment and Technology practice groups.

The Los Angeles Business Journal has named Mr. Lanin as one of its “Leaders of Influence” for Private Equity from 2020 – 2022.  Mr. Lanin was also named by Lawdragon as one of the 500 Leading Deal Makers in America for 2021 and 2022 and to the Los Angeles Business Journal’s LA500 list from 2019 to 2022.  The LA500 lists the 500 most influential people in Los Angeles.  Mr. Lanin was also named to the Daily Journal’s 2018 list of the ‘Top 100 Lawyers in California.’  From 2016 to 2022, he was ranked by Chambers USA in the category of Corporate/M&A: Private Equity, where clients described him as “smart as a whip,” having “an intense work ethic,” “outstanding from a technology perspective” and noted he “sees all the angles of risk and opportunity.”  Variety named Mr. Lanin to its Dealmakers Impact Report in 2014, 2015, 2017, 2018 and 2019.  Variety also named him to its 2017, 2018 and 2019 Legal Impact Report, an annual list of the leading attorneys in the entertainment industry, and its “Hollywood’s New Leaders” list in 2012.  The Hollywood Reporter named Mr. Lanin to its 2017 Power Lawyers List, which features 100 of the entertainment industry’s most powerful attorneys.  He has also been recognized as one of The Best Lawyers in America® for his work in Mergers and Acquisitions.

Mr. Lanin has authored publications and client memoranda on a variety of securities law and mergers and acquisitions related matters.