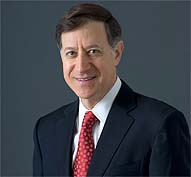 Jonathan K. Layne, a partner in Gibson, Dunn & Crutcher’s Century City office, joined the Firm in 1979 and has served as Co-Chair of the Global Mergers and Acquisitions Practice Group and as a member of the Firm’s Executive and Management Committees. Mr. Layne focuses on mergers and acquisitions, public offerings of equity (including IPOs) and debt, corporate finance and securities law, and has extensive experience in Board of Directors, Special Board Committee and corporate governance representations.

Mr. Layne is a graduate of The College of William and Mary where he earned a B.A. in economics and of Emory University School of Law and Emory University Goizueta Business School, where he received a joint JD/MBA degree.  He graduated from law school with distinction and was a member of the Order of the Coif and Managing Editor of the Emory Law Journal, and he graduated from business school as a member of Beta Gamma Sigma, the business honor society.

Mr. Layne is a member of the Business Law Sections of the American Bar Association and the State Bar of California, and of the Business and Corporations Law Section of the Los Angeles County Bar Association.  He is also a member of the Board of Directors of the California Chamber of Commerce, the Board of Trustees of Emory University, and a past Chairman of the Board of Trustees and President of The John Thomas Dye School, an independent elementary school.  Mr. Layne also is a frequent lecturer on mergers and acquisitions, corporate and securities law topics.

Mr. Layne was selected by Chambers Global: The World’s Leading Lawyers for Business as an international Leading Lawyer for Corporate/M&A (2013-2022).  Since 2005, Mr. Layne has been recognized by Chambers USA: America’s Leading Lawyers for Business as a Leading Lawyer for Corporate/M&A for Southern California and has ranked him in Band 1 each year during the period 2008-2022.  Chambers USA has also recognized him in the area of Capital Markets: Debt & Equity for California (2007–2015).  Recognized for his creative approach to transactions, The National Law Journal named Mr. Layne as a 2016 “Mergers & Acquisitions and Antitrust Trailblazer” which honors innovators in mergers and acquisitions and antitrust law for excellence in deal making, restructuring and financing.  BTI Consulting named Mr. Layne to its 2014 Client Service All-Stars list, featuring lawyers identified by in-house counsel as those who provide “the absolute best client service” and he has been named to the Daily Journal’s list of “Top 100 Lawyers in California” for 2014.  He also has been named among “Most Influential M&A Advisors” and ‘The Best of the Bar’ for Corporate Transactions by the Los Angeles Business Journal and listed as a leading M&A lawyer in Who’s Who Legal’s M&A and Governance guide for 2016, 2018, and 2019.  Mr. Layne has been recognized by The Best Lawyers in America® each year since 2006 and was named Los Angeles Securities/Capital Markets Law Lawyer of the Year in 2011, 2016, 2018, 2022 and 2023; in addition, he was selected by his peers as Los Angeles Corporate Law Lawyer of the Year in 2017 and 2019.  The “Lawyer of the Year” award is allocated annually to the lawyer who has the highest overall peer-review feedback in a certain practice area for a particular geographic region.  The exhaustive peer-review surveys examine the professional abilities, current practice, and experience of each lawyer.  Mr. Layne was also recently selected for inclusion by Expert Guide in its 2020 Banking, Finance and Transactional Law Expert Guide, which recognizes the top legal practitioners in the industry.  In 2019, Mr. Layne was named as a “Legal Leader” by The American Lawyer and Martindale Hubbell.  The list highlights top rated lawyers on the West Coast.