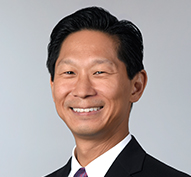 Mr. Lee has experience in a number of dynamic sectors, including the healthcare, cleantech, energy, and digital media industries. He regularly represents clients in these sectors in their most important sales, acquisitions and licenses, new technologies, and corporate acquisitions. Mr. Lee advises venture capital and private equity firms on their strategic investments and acquisitions throughout the investment lifecycle . He also handles equity and debt capital markets offerings on behalf of both issuers and investment banks.

Mr. Lee offers sophisticated commercial insights that reflect his experience in the private sector. Before becoming a lawyer, Mr. Lee served as a Certified Public Accountant in the audit and valuations department of Price Waterhouse, and as Controller and Vice President of Finance of a Fortune 500 energy company. He has also served as the Co-Chairman of the Transactions Affinity Group of the American Health Lawyers Association, and he has taught accounting courses at the UCLA Extension Program.

While studying for his Juris Doctor degree at Northwestern University, Mr. Lee was simultaneously enrolled at the Kellogg School of Management in their accelerated, joint-degree program. At Kellogg, he majored in finance and was awarded the Dean’s Award for Top Academic Achievement. During law school, he authored An Empirical Study of Tort Reform, a paper that won the Raoul Berger Prize for the best senior research paper of the year and was presented at the annual meeting of the American Law and Economics Association.

Mr. Lee has been recognized as a leading corporate lawyer for his work across practice areas.   Among his honors, Mr. Lee was named in Who’s Who Legal for Capital Markets in 2014, and was selected as a Southern California Rising Star 2013 by Supers Lawyers for Mergers & Acquisitions.

Prior to joining to Gibson Dunn, Mr. Lee was a Corporate partner at Latham & Watkins.