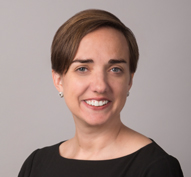 Kristen Limarzi is a partner in the highly-acclaimed Antitrust and Competition Practice Group of Gibson, Dunn and Crutcher, LLP, based in the Washington, D.C. office.  Prior to joining the firm, she served as a top enforcement official in the U.S. Department of Justice’s Antitrust Division, where, as Section Chief, she helped shape and implement the agency’s enforcement priorities and policies for both mergers and other business practices across industries.

Leveraging her experience as a top government enforcer, Ms. Limarzi’s current practice focuses on representing clients in merger and non-merger investigations before the DOJ, the Federal Trade Commission, and foreign antitrust enforcers, as well in as appellate and civil litigation.  Her experience in merger matters spans the gamut of sectors, including consumer products, healthcare, oil and gas, telecommunications, financial and other data services, transportation, and high tech products.  Ms. Limarzi brings a practical approach to helping clients navigate the increasingly complex antitrust enforcement environment, employing her deep experience with agency practice to achieve successful results in an efficient manner.  Since joining Gibson Dunn, Ms. Limarzi has represented:

Prior to joining Gibson Dunn, Ms. Limarzi twice received the U.S. Attorney General’s Distinguished Service Award.  As DOJ Antitrust Division Section Chief, she was responsible for a team of more than a dozen professionals litigating appeals in the Division’s civil and criminal enforcement actions and participating as amicus curiae in private antitrust actions.  While serving in the Antitrust Division, Ms. Limarzi also helped to develop Division policies on a wide range of issues.  She was a principal drafter of the agency’s Antitrust Guidance for Human Resources Professionals in 2016, and she led the team revising the agency’s Antitrust Guidelines for International Enforcement and Cooperation in 2017.

In recognition of her expertise in merger matters and competition policy, she was also a member of the small team of attorneys and economists from the Antitrust Division and the Federal Trade Commission that revised the Horizontal Merger Guidelines in 2010.  Her litigation experience as a government enforcer included appeals of merger challenges in United States v. AT&T and United States v. Anthem.

Ms. Limarzi also advised Division leadership and investigative teams on merger matters involving novel antitrust issues across a variety of industries, including in:

Ms. Limarzi is admitted to practice in the District of Columbia.