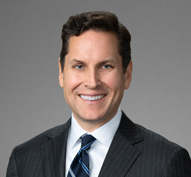 Robert B. Little is a partner in Gibson, Dunn & Crutcher’s Dallas office. He is a Global Co-Chair of the Mergers and Acquisitions Practice Group.

Mr. Little has consistently been named among the nation’s top M&A lawyers every year since 2013 by Chambers USA. Admired by clients as “very efficient, always knowledgeable in the subjects with immediate recommendations for action” and “an excellent corporate attorney well suited for negotiating tough deals” (Chambers, 2021), his practice focuses on corporate transactions, including mergers and acquisitions, securities offerings, joint ventures, investments in public and private entities, and commercial transactions. Further described by clients in Chambers USA 2018 and 2019 as an “exceptional practitioner and trusted adviser” and in 2017 as a “practical and proactive lawyer who is oriented to problem solving,” he also advises business organizations regarding matters such as securities law disclosure, corporate governance, and fiduciary obligations. In addition, he represents investment funds and their sponsors along with investors in such funds. Mr. Little has represented clients in a variety of industries, including energy, retail, technology, infrastructure, transportation, manufacturing, and financial services.

In 2013, Mr. Little was the youngest corporate M&A lawyer in Texas to receive a ranking by Chambers USA: America’s Leading Lawyers for Business. Chambers noted that Mr. Little “attracted a raft of glowing comments, with one interviewee noting: ‘He is very personable and one of the best lawyers in negotiations at keeping the relationship with the other side good. He is a fantastic lawyer with great commercial and interpersonal skills.’” Chambers 2014 observed that he has a “remarkable grasp of legal issues” and “provides outstanding legal work.” The 2015 edition noted that he “receives extensive praise from clients and peers who describe him as ‘extremely thorough and very knowledgeable.’” In 2016, Chambers observed that clients praise him for being ‘strategic, super-responsive [and] a fast learner of industries” and having “an excellent approach to complex and highly contested negotiations.”

D CEO magazine and the Association of Corporate Growth named Mr. Little the 2017 Dallas Dealmaker of the Year. Texas Lawyer named Mr. Little to its 2013 list of “Legal Leaders on the Rise” recognizing Texas lawyers under age 40 whose accomplishments distinguish them from their peers. In addition, Dallas Business Journal named Mr. Little to its list of Who’s Who in Energy 2013, featuring “the movers and shakers of the energy industry.” He is also consistently recognized as one of The Best Lawyers in America® for corporate and M&A law (2013-2019).