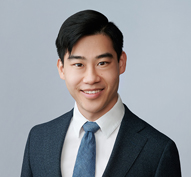 Jeff Liu is an associate in the Washington, D.C., office of Gibson, Dunn & Crutcher. He practices in the firm’s Litigation Department.

Before joining the firm, Mr. Liu served as an attorney-adviser in the Department of Justice’s Office of Legal Counsel, where he prepared legal advice for the President and executive branch agencies on a range of statutory and constitutional questions.  Mr. Liu was previously a law clerk to the Honorable Carlos T. Bea of the U.S. Court of Appeals for the Ninth Circuit.