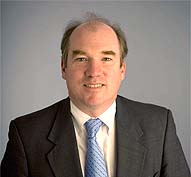 ​Raymond B. Ludwiszewski is a partner in the Washington, D.C. office of Gibson, Dunn & Crutcher. He joined the firm’s Environmental Litigation and Mass Tort Practice Group after spending eight years in senior legal positions in the United States government dealing with environmental regulatory issues and litigation in the Environmental Protection Agency and the Justice Department.

​Under EPA Administrator William Reilly, Mr. Ludwiszewski served as General Counsel at the United States Environmental Protection Agency in Washington. Before assuming that position, he served as Assistant Administrator for Enforcement at EPA. Earlier, Mr. Ludwiszewski held a number of senior positions at the United States Department of Justice, with an emphasis in environmental litigation. First, he was Special Counsel to the Assistant  Attorney General for the Environment and Natural Resources Division. Subsequently, Mr. Ludwiszewski was Associate Deputy Attorney General.