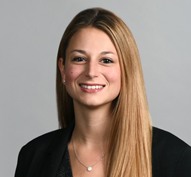 Marissa Moshell Mulligan is an associate in the Los Angeles office of Gibson, Dunn & Crutcher. She practices in the firm’s Litigation Department, and in its Media, Entertainment & Technology, and Appellate and Constitutional Law Groups.

Ms. Mulligan has represented clients in complex commercial litigation in both the trial courts and on appeal.  She has experience litigating all stages of disputes, including in the areas of breach of contract, profit participation, and defamation.