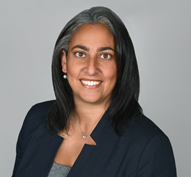 Sogol K. Pirnazar is Of Counsel in the Century City office of Gibson, Dunn & Crutcher.  She practices with the firm’s Litigation Department and is a member of its Antitrust and Trade Regulation, Securities Litigation, Transnational Litigation, Intellectual Property, and Media, Entertainment and Technology Practice Groups.

Ms. Pirnazar has a broad base of experience in complex commercial litigation matters, with a focus on science and technology-related disputes.  Over her career, Ms. Pirnazar has also developed extensive expertise in negotiating, managing, and defending all aspects of discovery in high-stakes, high-profile litigation and advising a number of top tier corporate clients on a wide range of evolving document preservation, collection, review, production, and privilege-related topics.

Ms. Pirnazar’s current engagements include representation of Chevron Corporation in a dozen pending climate change litigation matters brought by cities and counties alleging public and private nuisance, among other claims, stemming from the production and sale of fossil fuel products against several of the world’s leading oil and gas companies.

Ms. Pirnazar’s significant engagements in recent years also include representation of a U.S. subsidiary of a French company, EDF Renewable Energy, in five breach of contract and fraudulent misrepresentation disputes, including a two-week arbitration hearing resulting in a ruling against the German manufacturer of defective wind turbines; and representation of the University of California in a seven-week bench and jury trial in California state court for claims of professional malpractice and breach of contract against an international actuarial and consulting firm.