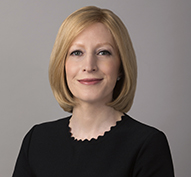 Cynthia (“Cindy”) Richman is a partner in the Washington, D.C. office of Gibson, Dunn & Crutcher. She practices in the firm’s Litigation Department and is a member of the firm’s Antitrust and Competition Practice Group.

Who’s Who Legal recently named Ms. Richman a “Future Leader” in Competition, noting that she is known for her “impressive advocacy skills” and “strong track record in important cases.” Ms. Richman has been repeatedly recognized by her peers for inclusion in The Best Lawyers in America© in the field of Litigation: Antitrust and U.S. Legal 500 has identified her as a “Leading Lawyer” in the areas of merger control, cartels and civil litigation/class action defense.  In 2019, she was recognized by Benchmark Litigation as a “Future Litigation Star” in Washington, D.C. She was also recognized in 2016 by Law360 as a Rising Star in the Competition category, and in 2014, Ms. Richman was named by The National Law Journal and Legal Times as one of DC’s Rising Stars. This award is given to 40-under-40 private, government and public interest advocacy attorneys who are leaders in law.

Ms. Richman has experience handling a wide variety of antitrust matters in a broad range of industries, such as microprocessors and other high-technology products, airlines, retail food services, pharmaceuticals, chemicals, defense, travel, and music. Her practice includes defending companies before state and federal courts, including appellate courts, in matters alleging a range of antitrust-based claims, such as price-fixing, tying, bundling, and other single-firm conduct theories. In addition, over the past decade, Ms. Richman has been continuously involved in representing targets of international cartel and antitrust-related grand jury investigations by the DOJ and antitrust enforcers around the world.

Ms. Richman has also represented clients in general litigation and appellate matters. She was part of the team that convinced the D.C. Circuit to vacate a rule promulgated by the Federal Communications Commission (FCC) that restricted the number of subscribers cable companies can serve (Comcast Corp. v. FCC, 579 F.3d 1 (D.C. Cir. 2009)) and also assisted with a successful challenge to an FCC Order finding that that a cable company violated the program carriage rules and discriminated against an unaffiliated video programming vendor (Comcast Cable Commc’ns, LLC v. FCC, 717 F.3d 982 (D.C. Cir. 2013)).

Ms. Richman is an active member of the antitrust bar. Among other activities, she serves as the Vice-Chair of the International Committee of the ABA’s Antitrust Section, authors a yearly paper for PLI on monopolization, speaks widely on a range of antitrust topics and contributes to leading antitrust journals and treatises including Antitrust Source, The Antitrust Adviser, and The Antitrust Report.

Ms. Richman is admitted to practice in the District of Columbia and Maryland.