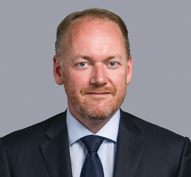 Christian Riis-Madsen serves as Co-Chair of Gibson, Dunn & Crutcher’s Antitrust and Competition practice group, and as Partner-in-Charge of the firm’s Brussels office.

Mr. Riis-Madsen’s practice focuses on EU competition law, including merger control, abuse of dominance, investigations, and cartels. He has significant experience in high-tech industries where he is representing some of the largest companies in the world on high profile European Commission and cross-border investigations. He often acts as a strategic team-leader, coordinating several counsel in order to adopt an eagle-eye, comprehensive approach to his clients’ most sophisticated issues.

Mr. Riis-Madsen has had significant success in defending behavioral and cartel cases having achieved the rare feat of convincing the Commission to drop its case in an Article 101/102 case and the acquittal in a cartel case – in both cases following the adoption of a Statement of Objections. In relating to merger control, he has both achieved unconditional clearance in a number of high profile cases and represented interested third parties in several mergers that were prohibited including ThyssenKrupp/Tata Steel JV and Deutsche Boerse/NYSE Euronext.

Over the years, Chambers Europe has consistently distinguished Christian in its Competition: EU – Belgium category. In the 2022 edition, clients report that “he is a good communicator and makes what can be a daunting and complicated topic digestible for those that may not work around it very often.” Clients further highlight his willingness to give clear, actionable guidance, noting: “He asks the right questions, challenges us to check we have the facts right and then gives us ad hoc advice on the phone.” Previous editions also highlighted that he is “smart, robust and clear in his thinking” and that he “has a good understanding of commercial issues and provides companies with pragmatic advice that is well-connected with the business realities”. The publication also described him as a “well connected, thoughtful and quick,” lawyer who impresses “clients with his pragmatic, client-focused attitude and strong attention to detail.”

Legal 500 EMEA 2022 recommends Christian as a Leading Individual in its Belgium: Competition – EU and Global category, where clients praise him as “a practical and incredibly knowledgeable business partner [who] provides accurate, quick and relevant advice each time. Highly recommended for complex industries and transactions.” Previous editions also singled out Christian for his “keen understanding of competition law and its application to a commercial situation,” as well as his “problem-solving orientation”, and “awareness of particular hi-tech business sectors.” Who’s Who Legal recommends Christian Riis-Madsen is “a smart lawyer”, recognized by sources as “fantastic” when it comes to competition matters relating to the tech space. Mr. Riis-Madsen has previously been ranked among the “Top Young Antitrust Lawyers in the World” by Global Competition Review in its 2016 “40 Under 40” awards. He is also recognized by Best Lawyers in Belgium (2013-2022) for European Union Law.

Before joining Gibson Dunn, Riis-Madsen practiced with O’Melveny & Myers from 2004 to 2019 and most recently served as head of the Brussels office. Prior, he had practiced with Norton Rose in Brussels and Kromann Reumert in Copenhagen.

Admitted to practice in Denmark and Belgium, Mr. Riis-Madsen earned his Master of Laws (LL.M.) in 2000, and his Bachelor of Law in 1998 both from the University of Copenhagen.

University of Copenhagen - 1998 Bachelor of Arts