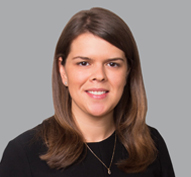 Alexa Romanelli is an English-qualified Associate in the London office of Gibson, Dunn & Crutcher, practicing in the firm’s Dispute Resolution Group. She is a member of the firm’s International Arbitration, Enforcement of Judgments and Arbitral Awards, and Litigation practice groups.

Ms. Romanelli has acted in complex disputes before international tribunals, both ad hoc and under the rules of major arbitral institutions (including ICSID, UNITRAL, ICC, LCIA and SCC), and before the English and BVI courts. Ms. Romanelli has also acted on multiple campaigns for the enforcement of ultra-high-value arbitral awards across jurisdictions, against sovereign and private entities. She has acted for a broad range of clients including international oil companies, multinational corporations, banks, investment firms and sovereign governments.

In addition to her client work, Ms. Romanelli is active in the pro bono community. She is currently working with APPEAL in investigating the conviction of a teenage girl, with significant history of trauma and abuse, for joint enterprise murder. She represented JUSTICE as third party intervener in a Supreme Court case regarding compensation for victims of miscarriages of justice (R (on the application of Nealon) (Appellant) v Secretary of State for Justice (Respondent) [2019] UKSC 2*), as well as in the related European Court of Human Rights proceedings. She also coordinates Gibson Dunn’s involvement with the Domestic Abuse Response Alliance, advises clients on potential claims before the European Court of Human Rights, and assists clients in relation to humanitarian parole and asylum applications.

Ms. Romanelli earned her BA Jurisprudence from the University of Oxford in 2014. She also holds a BA (Joint Honours) in International Development and Middle East Studies from McGill University.

She is fluent in English and French. She also speaks Italian and Arabic.

*Some of these representations occurred prior to Ms. Romanelli’s association with Gibson Dunn.

University of Oxford - 2014 Bachelor of Arts