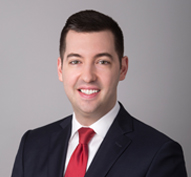 Matthew P. Sappington is an associate in the Washington, D.C. office of Gibson, Dunn & Crutcher.  He is a member of the firm’s Litigation Department and Labor & Employment Practice Group.

In addition to his litigation experience, Mr. Sappington often advises clients on a variety of employment‑related issues and assists clients in drafting employment agreements and conducting pre‑litigation investigations of employment-related claims.