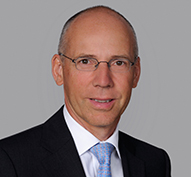 Benno Schwarz is a partner in the Munich office of Gibson, Dunn & Crutcher. He focuses on white collar defense and compliance investigations.

For more than 25 years, Mr. Schwarz has advised companies on sensitive cases and investigations in the context of all compliance issues with international aspects, such as the implementation of German or international laws to prevent and avoid corruption, money laundering or avoiding economic sanctions in the corporate context. He focuses his advisory work on the planning and implementation of internal corporate as well as independent investigations both nationally and internationally, advising on the structuring, implementation and assessment of compliance management systems, and the representation of companies and their executive bodies before domestic and foreign authorities during associated criminal and administrative proceedings.

Especially noteworthy is Mr. Schwarz’ experience advising companies in connection with FCPA and NYDFS monitorships or similar monitor functions under U.S. legal regimes, whether in a leadership function as part of an international team from Gibson Dunn advising the Siemens compliance monitor, the first non-U.S. compliance monitor in conjunction with the world’s largest FCPA settlement thus far, or as an advisor to executive and supervisory boards of other DAX 30 and Fortune 100 companies in relation to FCPA monitorships, or in leading roles within the team of the Independent Examiner for two Swiss banks under the Department of Justice Tax Division’s Program for Non-Prosecution Agreements or Non-Target Letters for Swiss Banks.

Furthermore, Mr. Schwarz has advised companies on national and international M&A and private equity transactions, joint ventures and other investments by foreign companies in Germany, Europe, Russia and the U.S. as well as in accompanying acquisition financing and corporate governance issues.

Mr. Schwarz is ranked as a leading lawyer for Germany in both categories Corporate/M&A and White Collar Investigations/Compliance, as the following selected accolades show. The Legal 500 Deutschland 2021 names him as one of four Leading Individuals in Internal Investigations and also recommends him for Compliance, citing a reference who describes him as “an eminent authority in the field of internal investigations.”  He was also characterized as “an outstanding specialist, who stands out for his analytical approach and strategic thinking” (The Legal 500 Deutschland and EMEA 2020). Chambers Europe 2021 ranked him in the category of Compliance. Interviewees described him as a “very smart and thoughtful investigator” and stated his “special expertise on compliance matters related to the USA and Russia” (Chambers Europe 2019). Clients commended his ability to “present the technical facts of a case in a very structured way” (Chambers Europe 2018). Chambers Global 2018 quoted a commentator summing up: “He is a renowned compliance adviser to international clients, with special language skills in the Russian market.” Clients have appreciated that “he is multilingual, incredibly smart, gives excellent client service and listens” (Chambers Europe 2017), and stated: “I would use him any time for big international compliance matters, no question.” (Chambers Europe 2016). Mr. Schwarz is “frequently recommended” by JUVE Handbook 2020/2021 for Compliance Investigations and Corporate and is recognized by competitors as “strategically strong and well-versed” and as a “Russia expert.“ The edition  2019/2020 cited competitors who described him as “highly intelligent and at the same time client-friendly.” The handbook named Gibson Dunn’s German team around Benno Schwarz as Compliance Investigations Law Firm of the Year 2014. Gibson Dunn was selected by the jury in acknowledgement of the outstanding achievements the firm has made in the area of compliance investigations. WirtschaftsWoche recognized him as a Top Lawyer 2019 for Compliance. Corporate INTL named Benno Schwarz winner of the 2015 Legal Award in the category Corporate Anti-Bribery Compliance Lawyer of the Year in Germany. Mr. Schwarz is also ranked by Handelsblatt / The Best Lawyers™ 2020/2021 as a leading lawyer for Germany in the categories Corporate Governance and Compliance, Criminal Defense, Corporate Law and Mergers and Acquisitions.

Mr. Schwarz regularly publishes on compliance topics, is a much sought-after speaker and panelist and also regularly appears in many webcasts covering the topics of Anti-Corruption Enforcement, Internal Investigations and Compliance.

He is chairing the steering committee of the DGAP Forum Munich of the German Council on Foreign Relations, a member of Deutsches Institut for Compliance e.V. and a member of Forum Compliance & Integrity, an initiative of Zentrum für Wirtschaftsethik.

Mr. Schwarz studied law at the Universities of Bonn, Munich and Regensburg, from where he also obtained his doctor’s degree in 1992. He is admitted as a German lawyer (Rechtsanwalt) since 1993.

Mr. Schwarz speaks German, English and is a state-certified translator (IHK) for Russian, which makes it possible for him to carry out internal investigations and regulatory proceedings in all three languages.