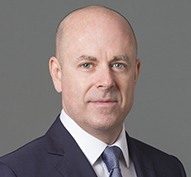 ​Brian Schwarzwalder is a partner in the Hong Kong office of Gibson, Dunn & Crutcher LLP and a member of the firm’s Mergers & Acquisitions and Private Equity Groups.

Mr. Schwarzwalder has extensive experience in cross-border leveraged buyouts, mergers & acquisitions and growth equity investments, with a particular focus on transactions involving Chinese businesses.  He represents global and Asian private equity funds and other asset managers in some of the largest transactions across Asia and Australia/New Zealand.  He has substantial experience in advising lead sponsors in leveraged buyouts and significant minority investments.  He also represents limited partners who invest as active consortium members and passive equity financing sources.  His practice covers a wide range of industries, including life sciences, technology, media, publishing, real estate and manufacturing.

Mr. Schwarzwalder has practiced in Hong Kong since 2004.  Before moving to Hong Kong, he was China Program Manager of the Rural Development Institute (now Landesa), a Seattle-based nonprofit organization focused on property rights reform in developing and transitional economy countries.

He has been recognized as a leading lawyer by various independent legal publications, including Chambers Asia Pacific, Legal 500 Asia Pacific and IFLR1000. Most recently, in the 2021 edition of Chambers Asia Pacific, a client was noted saying that Mr. Schwarzwalder is “practical, commercial and experienced” and a “great relationship partner,” explaining that “he has a very good grasp of our risk profile.” Legal 500 Asia Pacific 2021 ranks him as a leading lawyer for Private Equity in Hong Kong, with a note that the team “think[s] strategically about deals.” IFLR1000 2021 recognizes him as highly regarded for his work in Private Equity.

He gained his J.D. from the University of Washington School of Law in 1997, where he served as Articles Editor for Pacific Rim Law & Policy Journal.  He also received his B.A. (Asian Studies) from Williams College in 1992.  He is admitted to practice in Hong Kong and the State of Washington.

He is fluent in written and spoken Mandarin Chinese.