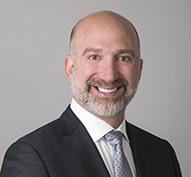 Peter E. Seley is a partner in the Washington, D.C. office of Gibson, Dunn & Crutcher and a member of the Environmental Litigation & Mass Torts Practice Group. He is recognized as a leading environmental lawyer in the District of Columbia by Chambers USA: Leading Lawyers for Business.  Mr. Seley has represented clients handling foreign and domestic environmental matters for more than 25 years, and has been at the forefront of developing jurisprudence in mass tort litigation, environmental investigations, international environmental disputes, and the use of U.S. discovery mechanisms in foreign litigation.

Mr. Seley is a Vice Chair of the ABA SEER Committee on Environmental Litigation and Toxic Torts and was recognized in the National Law Journal’s first edition of Energy & Environmental Trailblazers as one of the leading legal innovators on energy and environmental issues.

One of Mr. Seley’s cases, featured in multiple articles in legal trade publications and on 60 Minutes, involved a fraudulently obtained $19 billion judgment against Chevron for alleged environmental damages associated with oil production in the Oriente region of Ecuador.  Mr. Seley led a team of Gibson Dunn attorneys in bringing more than 20 discovery actions in jurisdictions around the United States. Information developed during that discovery revealed that the Ecuadorian judgment was the product of fraud, and as a result, Chevron filed a civil RICO action in the Southern District of New York against the plaintiffs’ lawyers and co-conspirators involved in the Ecuador case and filed an international arbitration action against Ecuador.

Mr. Seley was one of the leaders of the Gibson Dunn trial team for the seven-week RICO trial in late 2013.  In early 2014, the Southern District of New York issued a 487-page opinion finding that the plaintiffs’ lawyers and their co-conspirators had violated the RICO Act and conspired to violate the RICO Act, committing acts of extortion, mail and wire fraud, money laundering, obstruction of justice, and witness tampering. That ruling was upheld by the Second Circuit in 2016 and the U.S. Supreme Court in 2017. Mr. Seley continues to be involved in follow-on actions related to the massive Ecuador fraud.

Mr. Seley also represents Chevron in climate change litigation in multiple state and federal jurisdictions around the United States. He was involved in the first climate change “tutorial” held in federal court in 2018 and was one of the leaders of the team that successfully argued for dismissal of the first two climate change public nuisance cases to be considered on the merits.

Mr. Seley regularly handles mass tort and “contaminated community” toxic tort cases in courts around the country. He has, for example, handled cases involving personal injury and property damage claims based on vapor intrusion and exposure to crude oil in soil, allegations of exposure to hexavalent chromium and TCE in air and groundwater, and claims based on releases of solvents and metals from an aircraft manufacturing facility.

Mr. Seley also has represented clients and industry coalitions impacted by state and federal agency actions, including a multi-circuit challenge to an EPA Clean Water Act rulemaking impacting the nation’s pulp and paper industry, an APA challenge to a Department of Interior rulemaking on an agricultural payment-in-kind program, a challenge to the Department of the Interior’s “Roadless Rule” that would have made more than 50 million acres of woodlands off-limits for active management, Clean Air Act challenges to California regulation of automobile emissions and Virginia’s adoption of California “Zero Emission Vehicles,” and a variety of NEPA challenges to the Department of the Interior’s efforts to take agricultural land for various projects in South Florida.