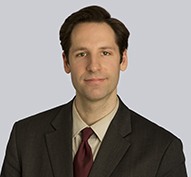 Lochlan F. Shelfer is an associate in the Washington, D.C. office of Gibson, Dunn & Crutcher.  He practices in the firm’s Appellate and Constitutional Law, Administrative Law, Betting and Gaming, Sports Law, and Litigation practice groups.

Mr. Shelfer represents clients in a wide range of high-stakes appellate and trial matters, including numerous Supreme Court cases.  Mr. Shelfer’s practice includes litigating cutting-edge separation-of-powers and other constitutional issues, representing clients in litigation against governmental agencies challenging governmental regulations, actions, and statutes, bringing actions against foreign sovereigns, litigating gambling and sports issues, and other complex litigation matters.  Mr. Shelfer has argued numerous cases before the federal courts of appeals, including before the en banc Fifth Circuit.  He has been named “One to Watch” by Best Lawyers in three separate practice areas: Appellate Practice, Entertainment and Sports Law, and Administrative and Regulatory Law.

Mr. Shelfer received his law degree from Yale Law School, where he served as an Articles Editor of the Yale Law Journal and was awarded the Judge William E. Miller Prize for best paper on the Bill of Rights for his work “How the Constitution Shall Not Be Construed,” BYU Law Review (2017), and the Joseph Parker Prize for best paper on legal history for his work “Special Juries in the Supreme Court,” Yale Law Journal (2013), which has been cited in numerous court opinions.

From 2013–2014, Mr. Shelfer served as a law clerk to the Honorable Carlos T. Bea of the United States Court of Appeals for the Ninth Circuit.

Mr. Shelfer is a member of the bars of Maryland and the District of Columbia.