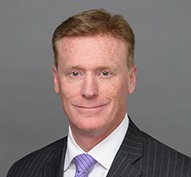 Steven R. Shoemate is a partner in the New York office of Gibson, Dunn & Crutcher. Mr. Shoemate is Co-Chair of Gibson Dunn’s Private Equity Practice Group, and a member of the Firm’s Executive Committee.

Mr. Shoemate is a corporate transactional lawyer whose practice includes extensive private equity representations, venture capital investments, public and private securities offerings, mergers and acquisitions and general corporate counseling. He is ranked among the top private equity and mergers and acquisitions lawyers by Chambers USA: America’s Leading Lawyers for Business, Chambers Global: The World’s Leading Lawyers for Business, The Legal 500 and The Best Lawyers in America©. In Chambers USA, Mr. Shoemate is noted as an “expert in corporate, M&A and securities matters.” who is “a very savvy lawyer and highly commercial – having him on your side is incredibly productive,” he has the “rare ability to present a balanced perspective and find a way to negotiate a fair outcome,” his approach is “practical, thoughtful and creative when it comes to problem solving,” he “excels at balancing competing interests in the most complicated deals” and is “an exceptionally good negotiator and he has a good understanding of the business side of things.”

Mr. Shoemate is a member of the New York Bar.