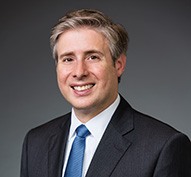 Eric J. Stock is a partner in the New York office of Gibson, Dunn & Crutcher. Mr. Stock’s practice focuses on antitrust litigation and investigations, especially for clients in the pharmaceutical, financial services, high tech, and health care industries. He is a member of Gibson Dunn’s Antitrust and Competition and Litigation Practice Groups.

Mr. Stock’s practice involves all aspects of antitrust enforcement, including civil and criminal government investigations, merger clearance, and working with international regulators. He frequently is responsible for coordinating a client’s response to antitrust investigations and civil litigation in multiple jurisdictions and proceedings. He has extensive experience litigating class actions and other civil antitrust cases in federal court, including defending clients accused of unlawful monopolization, collusion, and anticompetitive transactions. Mr. Stock has particular experience counseling and litigating matters where a client faces antitrust scrutiny as a result of its defense of its intellectual property rights. In 2014, Mr. Stock served as the lead trial lawyer in a pharmaceutical monopolization case in the Southern District of New York. Mr. Stock’s success at trial was affirmed by the U.S. Court of Appeals for the Second Circuit.

Mr. Stock served for three years as Chief of the Antitrust Bureau at the New York Attorney General’s Office (“NYAG”). In that role, he was responsible for overseeing the enforcement of New York State’s antitrust laws and representing the interests of New York and its consumers in national antitrust matters. During Mr. Stock’s tenure at NYAG, he served as lead counsel and lead trial attorney for New York in several noteworthy antitrust litigation matters and supervised dozens of antitrust investigations led by the state. He also had extensive experience partnering with the U.S. Department of Justice and Federal Trade Commission in joint federal and state investigations of proposed mergers or other business conduct. For example, he served as lead counsel for New York in the successful lawsuit brought by New York and the U.S. Department of Justice challenging an allegedly anticompetitive merger of Manhattan tour bus operators.

During his time at NYAG, Mr. Stock regularly worked with other state AG offices throughout the country on antitrust or related complex business litigation issues. In addition, in early 2016, Mr. Stock served as NYAG’s Acting Executive Deputy Attorney General for Economic Justice, a position which supervises much of the office’s business-related affirmative litigation, including cases filed under the Martin Act and state deceptive practices laws.

Mr. Stock has recently achieved several important victories for his clients. In a class action brought by purchasers of Eurodollar futures against financial institutions accused of manipulating the LIBOR benchmark, Mr. Stock deposed plaintiffs’ lead economist, led the briefing in opposition to class certification, and argued the class certification motion in the District Court. The District Court denied class certification, and Mr. Stock successfully defended the decision in the Second Circuit Court of Appeals. In a recent action brought against a European pharmaceutical company and two co-defendants by a competitor alleging unlawful monopolization of several drug markets, the District Court dismissed the action on the pleadings.

Other examples of Mr. Stock’s recent representations include:

Earlier in his career, Mr. Stock was an antitrust litigation partner at another major international law firm. He is a past Chair and current Executive Committee member of the Antitrust Section of the New York State Bar Association; he previously served as the Section’s Vice Chair, Secretary and Financial Officer. Mr. Stock serves as Co-Chair of the Insurance and Financial Services Committee of the Antitrust Section of the American Bar Association.

University of Pennsylvania - 1995 Bachelor of Arts