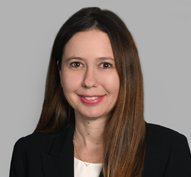 Ms. Stolman has been named as a Rising Star by Southern California Super Lawyers since 2014. The Deal also named her as a Rising Star, which recognizes new M&A partners who are ‘deemed by The Deal to be one of the most promising of 2019.’ She was named a 2019 Rising Star by Law360 for private equity. The list recognizes “attorneys under 40 whose legal accomplishments transcend their age.”

Ms. Stolman has authored publications and client memoranda on a variety of securities law related matters.

Ms. Stolman is admitted to practice law in the State of California.