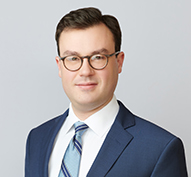 M. Christian Talley is an associate in the Washington, D.C., office of Gibson, Dunn & Crutcher. He practices in the firm’s Appellate and Constitutional Law, Administrative Law, Judgment Enforcement, and Labor and Employment practice groups.

His legal writing has appeared in the law reviews of Yale, Stanford, and Virginia, among others.

University of Oxford - 2017 Master of Studies