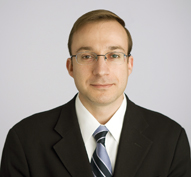 Amir C. Tayrani is a partner in Gibson, Dunn & Crutcher’s Washington, D.C. office. He practices in the firm’s Litigation Department and is a member of the Appellate and Constitutional Law Practice Group and the Administrative Law and Regulatory Practice Group.

Mr. Tayrani has briefed twenty-one cases on the merits before the U.S. Supreme Court, including:

Mr. Tayrani has been recognized twice as an Appellate Rising Star by Law360, which described Mr. Tayrani as “a major player in some of the nation’s recent, most high-profile lawsuits,” from the “Citizens United campaign finance case to the battle in California over Proposition 8.” Mr. Tayrani is listed in the Best Lawyers in America® 2022 publication in the category of Appellate Practice. In 2019, he was recognized by Benchmark Litigation as a “Future Litigation Star” in Washington, D.C.

Mr. Tayrani also has an active administrative and regulatory practice. He regularly counsels clients in connection with matters pending before federal regulatory agencies—including the Financial Stability Oversight Council, the Securities and Exchange Commission, and the Environmental Protection Agency—and represents clients in litigation challenging agency action in the D.C. Circuit and other federal courts.

In addition, Mr. Tayrani has extensive trial experience.  He has defended clients against products liability claims in state and federal courts, and has been recognized twice as a Products Liability Rising Star by Law360.  He was also part of the trial team that successfully challenged the constitutionality of Proposition 8, a California ballot initiative that prohibited marriage by individuals of the same sex.

Mr. Tayrani graduated from the Yale Law School in 2003, where he was Executive Editor of The Yale Law Journal.  He served as a judicial clerk to the Honorable Diarmuid F. O’Scannlain of the United States Court of Appeals for the Ninth Circuit.  Mr. Tayrani earned a B.A. degree summa cum laude in Political Science from California State University, Fullerton.  He is licensed to practice in California and the District of Columbia, and before the Supreme Court of the United States and the United States Courts of Appeals for the Second, Third, Fourth, Fifth, Sixth, Seventh, Ninth, Tenth, Eleventh, D.C., and Federal Circuits.